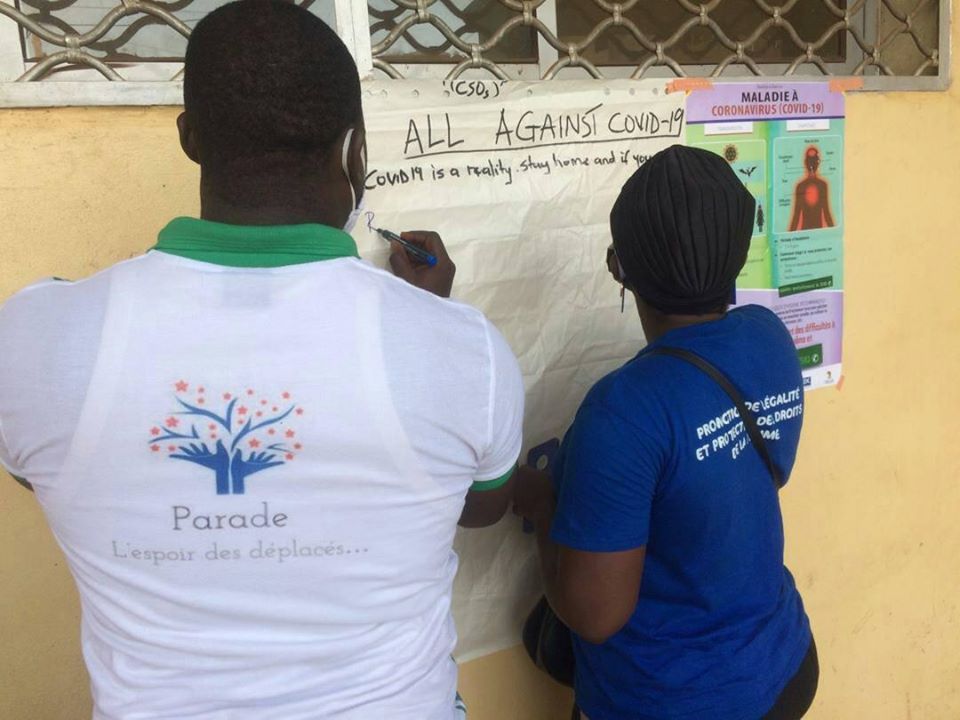 Cameroon is seriously influenced by the shortcomings of the Covid-19 Pandemic. So far, the country has registered 8681 positive cases, 4836 recovered and 208 deaths and cases keep prevailing every single day, especially in the Centre, Littoral and West regions (June 12, 2020). In such a traumatising and critical context, the Cameroon Debate Association has been doing well as part of the civil society, to assist the displaced community of the Centre and West regions of Cameroon through remarkable initiatives aiming to allege the spread of this virus.

It is on the 14th day of April 2020 that the Cameroon association partnering with YEF Health Foundation, Sahel Espoir and Association Emergence Sans Espoir in Marché 8, Yaoundé, Centre region of Cameroon initiated her first action to counter the spread of the Covid-19. On this day, a distribution of soaps and a preventive education was done in the Markets guided by the market’s authorities. It profited to over eight hundred (800) people and the market officials found the activities grounded and congratulated the implementation team.

On the other side, basically, still on months of April and beginning May 2020, the Cameroon Debate Association in consortiums with the Association for the Promotion of the well-being of the population (APBE) realized two distribution and sensitization campaigns in Tchoualé and Tsimbing, Dschang, West region of Cameroon. Besides, the first campaign, 16th of April 2020, targeted the displaced community of Tchoualé and benefited 150 displaced and the traditional authorities.  On this edition Rice, bananas, salts, detergent, soaps and 3 containers for hand washing were distributed, followed by a preventive education on the Covid-19. The traditional authorities present recognised the impact of this initiative to both the displaced and the community at large.

On the 10 of May 2020, a similar campaign took place at the Palace of Tsimbing with the same targeted population (50 displaced Families). This time around, both associations decided to work with families than individuals rather. They were in total 50 families that received packets comprising Rice, bananas, salts, detergent, and soaps. In the process, the distribution team identified the most vulnerable displaced family in Tsimbing, who received a matrass. Obviously, before the distribution, the coordinators of the program conducted a preventive educative on the Covid-19.