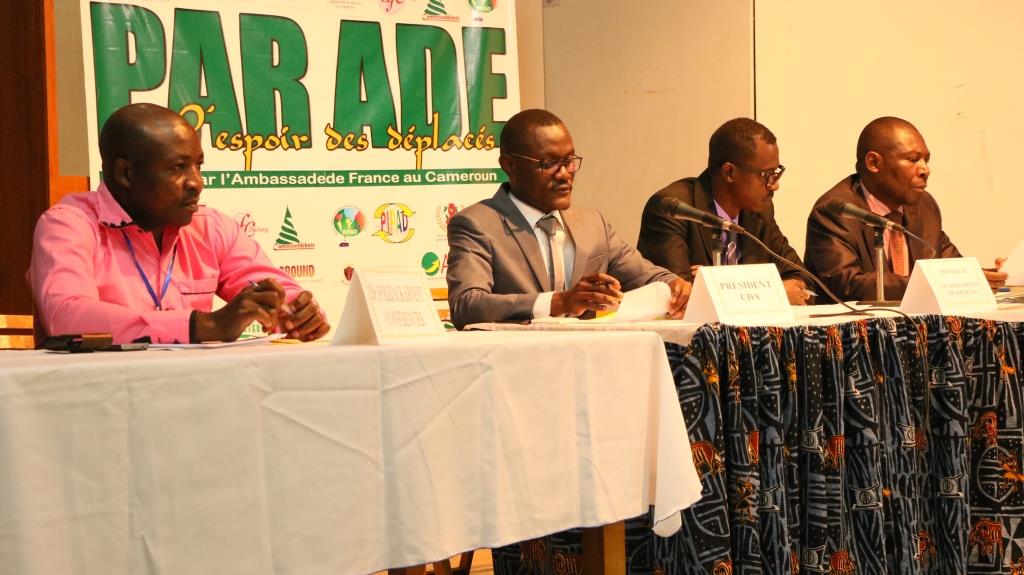 The Cameroon Debate Association (CDA) has manifested significantly its talent and know-how to helping Cameroonian youths in developing their critical thinking, through debates, speech arts and entrepreneurship and enabling these youths therefore to participate in national and international debate championships. Its department of social affairs of late, worried with the shortcomings of the prevailing “crisis” in Cameroon, the increase of the population in Dschang and all the malpractices that go with it, decided to mount up the project of integration and empowerment of the internally displaced persons in Dschang, that benefited from the financial support of the Embassy of France in Cameroon. We hence experienced its launching ceremony, this Wednesday, 28th of August 2019, in “Salle Manu Dibango, Alliance Franco-Cameroonaise, Dschang”.

The official launching ceremony kick started at 10:30am exactly, with 149 internally displaced persons, the Divisional officer of Dschang, the partners, invitees and members of the association. As the masters of the ceremonies, Ngoué Fridolin and Tsague Dongfack Willy announced the agenda of the day, we could see smile on the faces of the internally displaced present in the hall. After the speech of both the president and the divisional officer that all stressed on peace building and the initiatives of the government put forth to solve the crisis, one of the internally displaced persons (IDPs) stood up and voiced her grievance regarding their stay in Dschang. This speech was praised by the others IDPs and the divisional officer came in again to calm the atmosphere. The ceremony proceeded with a semi-conference on the topic “The integration and empowerment of the IDPs in Dschang” with as panelist Dr. Folefac. This gave rise to questions as other openings to help well or touch the heart of the IDPs arose among which collecting the needs of the IDPs, which the association endorsed it and promised to conduct a survey in that sense.

However, it is worth mentioning that this is one of the first association in Dschang to conduct such an initiative in favor of the IDPs. Unique by the objectives of the project (to empower and to integrate the IDPs). Most often, these IDPs receive “Non-food or other items” but not a know-how in a particular domain that can sustain the population. It is to this effect that the Cameroon Debate Association (CDA), funded by the French Embassy, reacted through PARADE, which they call the hope of the IDPs.

The project has been launched and following the words of the president of the Association, the programmes of the various workshops will be unveiled in two days time.