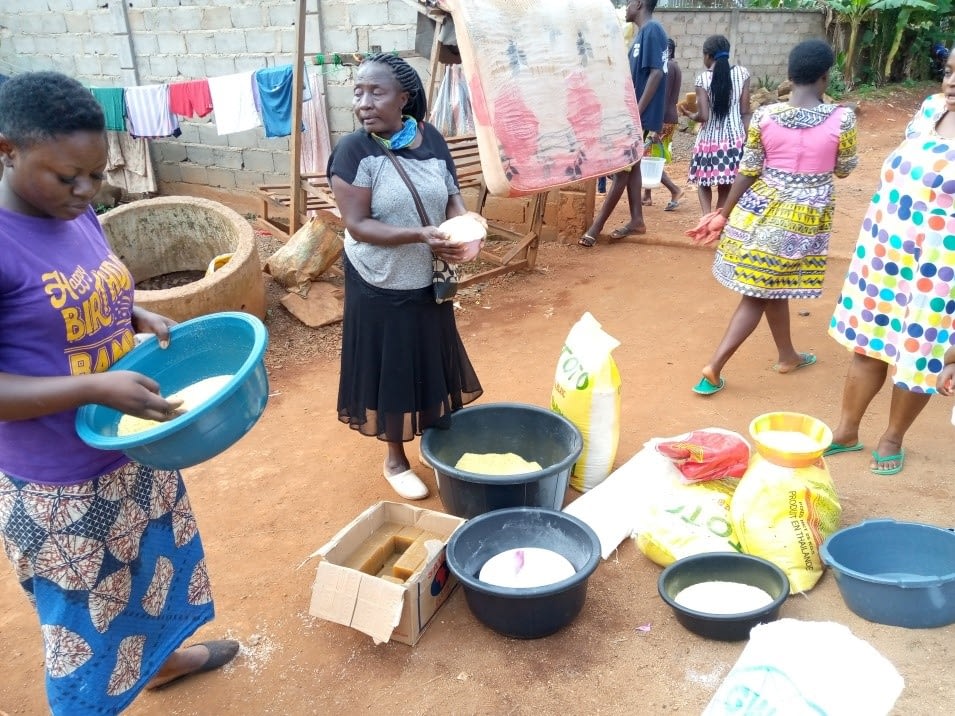 The West region of Cameroon current political and economic landscape is tensed due to the overwhelming increase of the population from the two English speaking regions, North West and South West. Besides, out of the horrendous socio-political upheaval, a huge number of the inhabitants of these two regions have fled to the neighbouring regions, more essentially, the West region, which is the closest. Divisions like Bamboutos, Dschang, Foumban and Galim are highly affected. With the expansion of the Covid-19 in Cameroon and namely in these localities, the vulnerability of this population became alarming. In spite of mobilization by the international community and considerable efforts by the government and partners, the situation yet remains a challenge for all.

For the case of Dschang, a good number of associations and non-governmental organisations have demonstrated interest in assisting the displaced population, by either empowering the population through initiation to income generating activities or distributions of non-food and food items. A simple example is the joined initiative conducted by the Cameroon Debate Association (CDA) and the Association for the promotion of the Well-being of people (APBE), which aimed at distributing non-food and food items to two displaced communities, reaching over 350 households. Alongside, CDA conducted a survey on the needs (priorities and accessories) and an identification of the displaced in Dschang. Till date, the association has a clear knowledge of the prior needs of the displaced and a list of over 1500 displaced registered in their database.

This was done in order to prepare the ground for the next phase of the project PARADE financed by the French Embassy in Cameroon. Through parade, which is a project for the empowerment of the internal displaced in Dschang and its surrounding, CDA intends to empower the displaced of Dschang by agriculture and feasible businesses. More so, following the monthly gathering of NGOs and associations dwelling in issues related to the displaced in the West region organised by UNOCHA, this database will be a key tool from which other entities can evolve should a humanitarian intervention is planned for Dschang. Notwithstanding, a lot is yet to be done to allege the situation of the displaced.